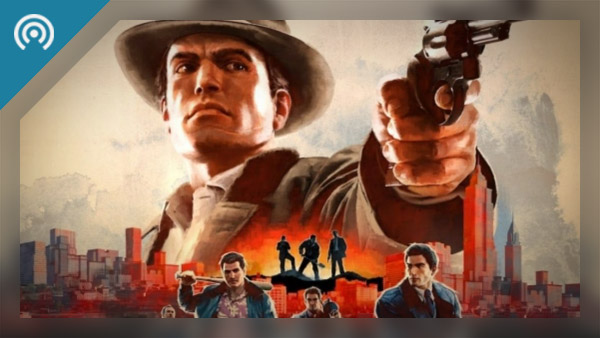 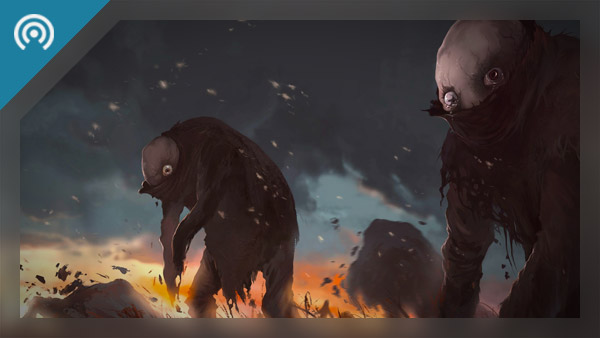 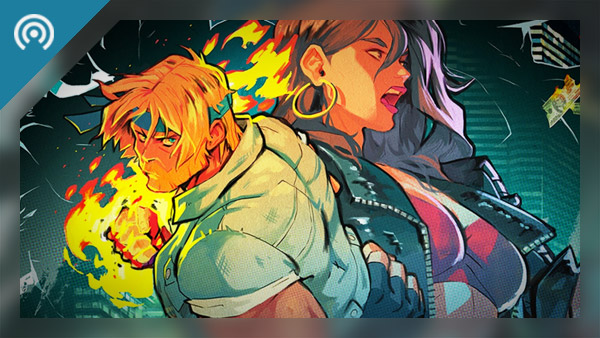 With E3 2011 less than a week away and the press conferences starting in a few days there’s a lot of hype going around. We head off to L.A. on Sunday to bring you coverage and our impressions of what’s going on at this year E3. Here’s what I thinks going to be going on.

Sony has always been the “Look at us, we’re hip and cool, you need buttons to play games, etc” Well they got a lot of 'splainin' to do! How’s Kevin Butler gonna make this better? Last year he went on about Microsoft’s “lame” press conference for too long. Yeah I know he can be funny, but come on, you know he’s gonna be up there saying “We’re sorry, but look at this shiny stuff!”

So the PSN is finally back up, I’m sure they will talk about that, there will probably be improvements to the store and some new features for PlayStation Plus (does anyone have that?) Where is their “we’re sorry” package? I want my free games! (UPDATE:  I just got my e-mail from Sony about the "Welcome Back Program" thanks Sony)

I still have faith in PlayStation, unlike a lot of people around, and they are going to have to regain their trust, and the easiest way to do that is by showing some great exclusive games. Uncharted, Killzone, Resistance, The Last Guardian.

So don’t they have a new handheld comin’ out? What’s goin’ on with that? The NGP was announced and then not much about it afterwards. I’m sure it will be a big part of their conference, saying how it’s better than the 3DS in some way. I’m just curious to find out more about it; the touch sensitive controls on the back, game line up, what about my current PSP library? Speaking of handheld devices, what about the Xperia Play? So now Sony will have out 2 devices, will there be games on both? Why should I choose one over the other? Why should I have both? I’m interested to see what they say about it.

Lastly, what’s going on with PlayStation Move? I have barely played it, mainly because there aren’t too many games I want to play right now. Where’s my wizard game? I wanna cast spells and shake the controller like I’m shaking a potion and have it change colors! I was actually excited when this came out, over the Kinect cause I saw the potential it had, with more accuracy than the Wiimote and I do like having a controller over jumping up and waving my hands sometimes, why can’t I sit and play the Kinect? I hope some good games are announced for it, and then maybe I will finally pick one up.

Wii 2!!!!!!!! What is it? Where is it? Can I have one? Does the controller have a touch screen? Can it make me a sandwich? I have so many questions about it, yet I’m still not that excited. Nintendo has a lot riding on this console; this is the first console in the next generation, it better be in HD! I’m not gonna lie, I have been pretty disappointed in Nintendo the past couple of years, they are so far behind. I used to back Nintendo 100%, saying “it’s not just for kids, they make games for adults too”; well lately, that doesn’t seem to be the case. I haven’t turned my Wii on for months; I think the last game I played on it was Metroid: Other M and I don’t even remember when before that. It seems like they have been catering to the casual game, age < 15, and that doesn’t make me happy. I do understand a large portion of that is due to the minimal specs of the console. Now Sony has a system that is much better than they Wii, with better graphics and a motion controller. The Wii has a horrible interface in my opinion, the 360 and PS do a much better job, I don’t have to type in some random number to play a game with a friend, I still have no idea what my friend code is, I can store my friends and see what they are up to, send them messages, the Wii is pretty much just for playing games with the people in the room. I really hope this new console improves drastically on how you interact with it and other people with the console. Now are we going to find out all this information? I doubt it, I don’t see it coming out till the end of 2012 at the soonest, so I’m sure will have to wait till either TGS or next E3 to find out the good stuff.

The 3DS has been out for a while, I don’t have one cause I’m not gonna play the same amount I paid for my Wii for a portable system with no games, so where are the good games? I want a 3D Mario adventure game, Metroid, Pokemon, Mario Kart, a new Zelda? I hope they announce some good games for the 3DS, and a price cut…yeah I doubt it.

With the Wii 2 in production, please don’t pull another Twilight Princess, I want LoZ: Skyward Sword, give the Wii one last go before the new console! I’m sure they will talk about it, it should be playable, I am still now sure about this game, and hopefully it will be out in the fall.

So Microsoft usually has the big booming, exciting, and eccentric press conferences, last year they showed off a bunch of Kinect games, like Dance Central, showing us that anyone, even a pasty white guy, can be a dancer (trust me that white guy couldn't dance, which is why they needed the backup dancers). I’m sure the Kinect will once again be the star of their show, I’m sure there is a lot they will have to offer from it. I was first worried when it came out, but they are taking over the casual gaming market, it’s like the Wii, but now you don’t have to worry about throwing a remote at the TV and breaking it, you just need 64sq feet of open space in your living room! There was also the big deal a while back about not being able to play sitting down, someone in a wheel chair wanted to play the Kinect, but the camera didn’t recognize them, and the camera also has been known to have problems recognizing people with dark skin. So I hope they make some improvements to the software, letting everyone play, cause there is a lot of potential in that camera. As of now, Microsoft is the only one without some sort of 3D on their console, I’m sure we will see something along those lines. Gears of War 3 I’m sure will be a big deal with Cliffy B…sorry I mean Cliff Bleszinski, up on the stage showing it off. Who knows, maybe I’ll finally be interested in a Gears of War game. There is also MGS: Rising, but I am worried about it. Konami had their Pre-E3 press conference yesterday, which was horrible, and Kojima said they didn’t have much to say about it, except it’s not coming out until 2012 =(, but I was expecting so much more! I want to see new game play footage, more slicing up watermelons! Even though Kojima said there would be nothing new, I hope there is.

There are a lot of interesting games in the works, and I’m excited to learn more about them, here’s what I’m looking forward to.

Bioshock Infinite:
I enjoyed Bioshock a lot, and when the second one came out, it was okay, but it was lacking, it added boring multiplayer and the story wasn’t as good as the original. I really hope this one turns out well, the idea of a floating city intrigues me, it’s like a cloud city. What do they even do there? Maybe they mine gas. Plus now there’s this portal to the 80’s, with Tears for Fears? Show me more Irrational Games, show me more.

Assassin's Creed: Revelations:
Oh boy, I don’t know what to think about this one. So I enjoyed the first game, it was new and original, and then the second one left the first in the dust. Ezio was awesome, and the game was much better. Then I found out they weren’t making a 3, but a sequel to 2, which was okay I guess I liked Ezio, and Brotherhood was pretty good, mainly due to the multiplayer, man I was good at that, you all know it. Now I hear this next game is about Ezio as well?!?! I know it’s supposed to have all three, Altaïr, Ezio, and Desmond, so I guess it might possibly be interesting, but I am holding out till I find out more.

Twisted Metal:
I was never a huge Twisted Metal fan, I played the first two at a friend’s house, because I didn’t have a PS1 at the time, and they were okay, but I never got into the series; this new game might change that. The multiplayer looks awesome, Nuke Mode seems like a lot of fun, and then there’s the truck that can carry two smaller vehicles with less defense to protect them, you’ve got my attention David Jaffe.

Uncharted 3:
Nathan Drake in a desert? What cover is there to hide behind and what will I be platforming off of, sand dunes? I did watch the game play footage and it looks okay, but I am worried about this game. Now I loved the first two games, I got so excited about the second one I played it in one sitting, with only two bathroom breaks. The problem is I always get worried when a good game series starts to go one past a couple of games, I hope Nathan Drake doesn’t let me down, and isn’t Sully getting too old for this shit?

CoD: MW3:
I was never big into shooters, I’m still not that into them, but I did play Cod: MW2, mainly because I got the game free when I bought my 360, and I did have fun playing it. They are making this game out to be a huge deal, comparing it to WW3. How much did it improve for the last CoD game? They’re releasing them practically every six months now.

Dragons Dogma:
Looks interesting, going around the world fighting mythical creatures, Shadow of the Colossus style, sounds like a winner to me.

Mass Effect 3:
I am not sure what to say about this one, everyone thought it was coming out this year, but now it’s next year, which isn’t a bad thing. I would rather have a good game take longer to make than put it out not at 100% and then have it followed by 15 DLC packs. I’m sure it will be playable, and I’m excited to get my hands on the game.

Skyward Sword:
It better be playable and it better be one the Wii soon; that is all I have to say about that.

Hitman:
They showed the teaser trailer, I’m excited. I loved the previous Hitman games, and I’m sure this one will improve on the series.

MGS Rising:
Kojima said there wasn’t much to say about it at E3, he better have been lying, I hope they don’t hold out until TGS to talk about it cause I wanna know more now!

Here is a list of games that haven’t been officially announced, but I really hope they are.
GTA 5
Borderlands 2
Shadow Complex 2
L4D3

What are you guys looking forward to?